Freda is a perfect example of the saying ‘An elephant never forgets‘. Although she has spent much of her time in the southern buffer of the Bukit Tigapuluh National Park over the past few years, she has not forgotten her old home in the TMA concession area in the west of the landscape.

As usual, Freda has recently conducted a long distance trip from PT ABT in the very east to TMA in the very west, causing trouble on farms and plantations on her way. Busy times again for our rangers which followed the group continuously, trying to avoid the worst. TMA is still not suitable to become a permanent home again, and Freda turned back almost immediately after reaching her old home in February 2019. Currently she is again back on her way to ABT. An attempt to exchange Freda’s collar in February 2019 failed. Another re-collaring attempt is planned for July 2019.

Interestingly, rangers have noticed that fewer elephants are now following Freda each time she commences traveling to the TMA concession. Initially, more than 20 elephants used to follow her and now only six females still do. The rest joined other herds and stayed in LAJ/RLU and ABT Block I. We believe that only core family members still follow on this very stressful journey, while loosely attached family members prefer to stay in safer areas with other elephants. This confirms once more a behavior that we have observed many times before in the Bukit Tigapuluh landscape: fission-fusion. Herds don’t seem to be as fixed and stable as first thought and instead undergo changes in both structure and total numbers of individuals. We believe that small core family groups of 3-10 elephants are the only really stable structure. These small families then join others to form herds, and break off again after weeks, months, or even years, to join other elephants again. 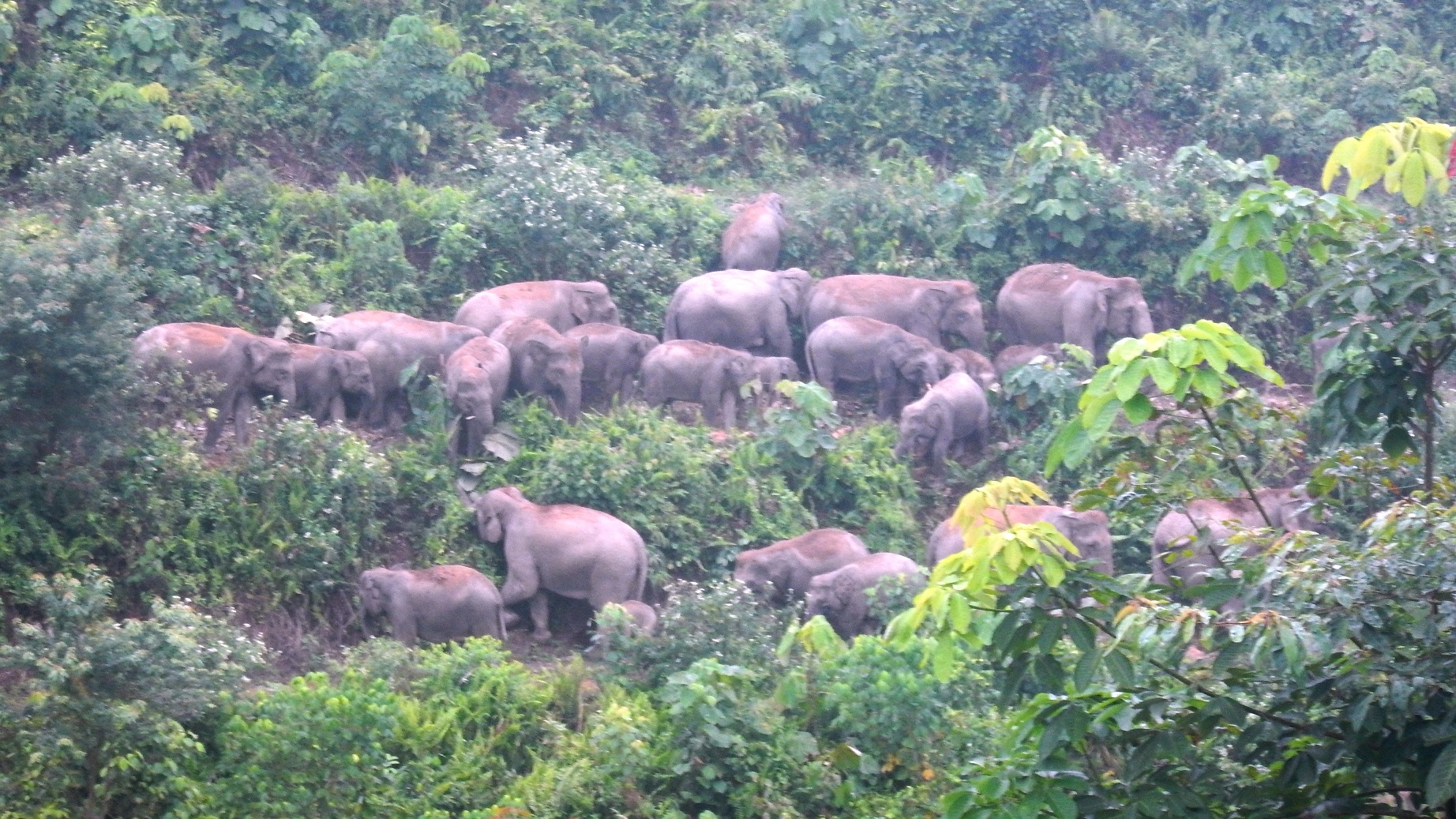 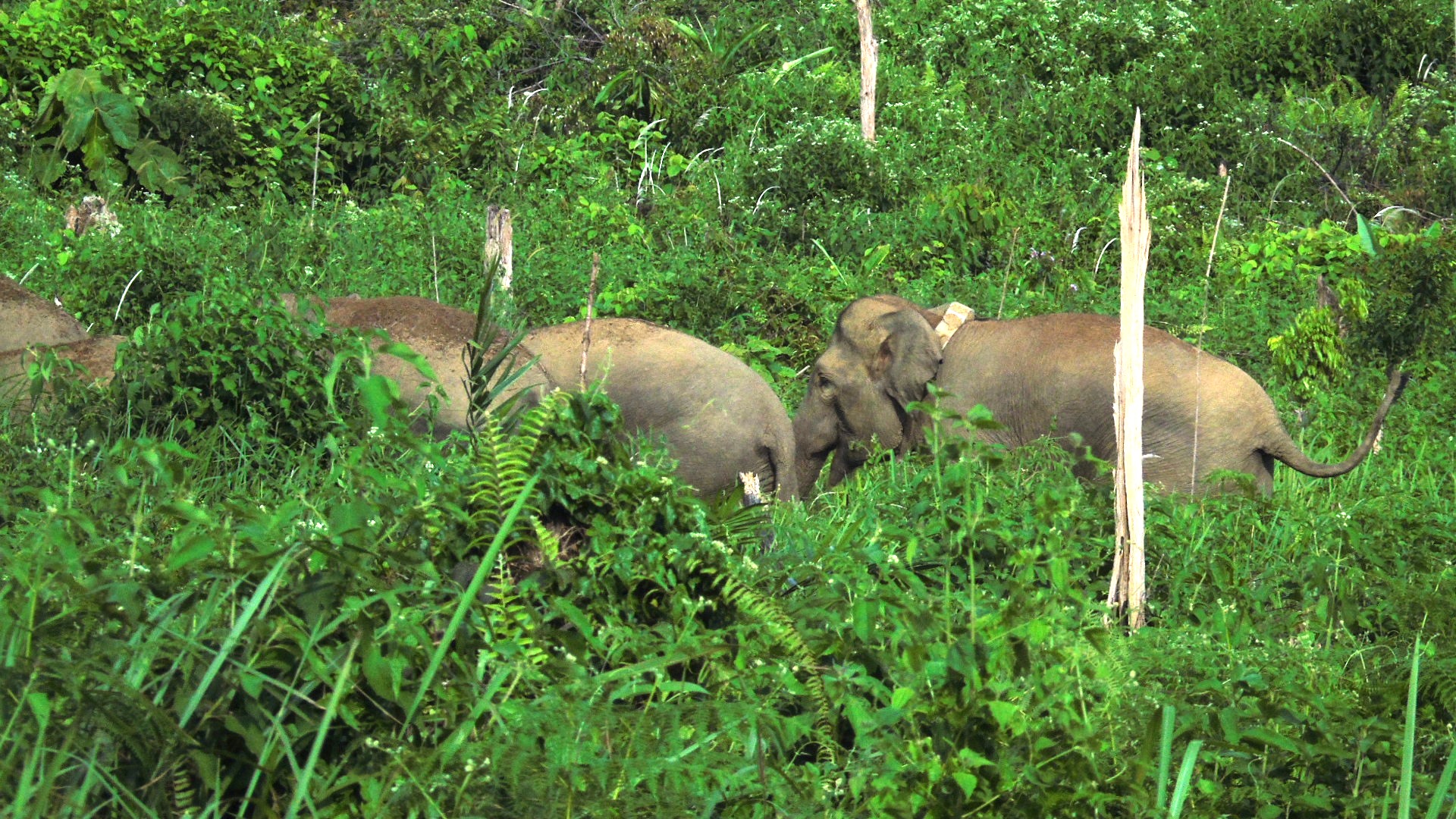 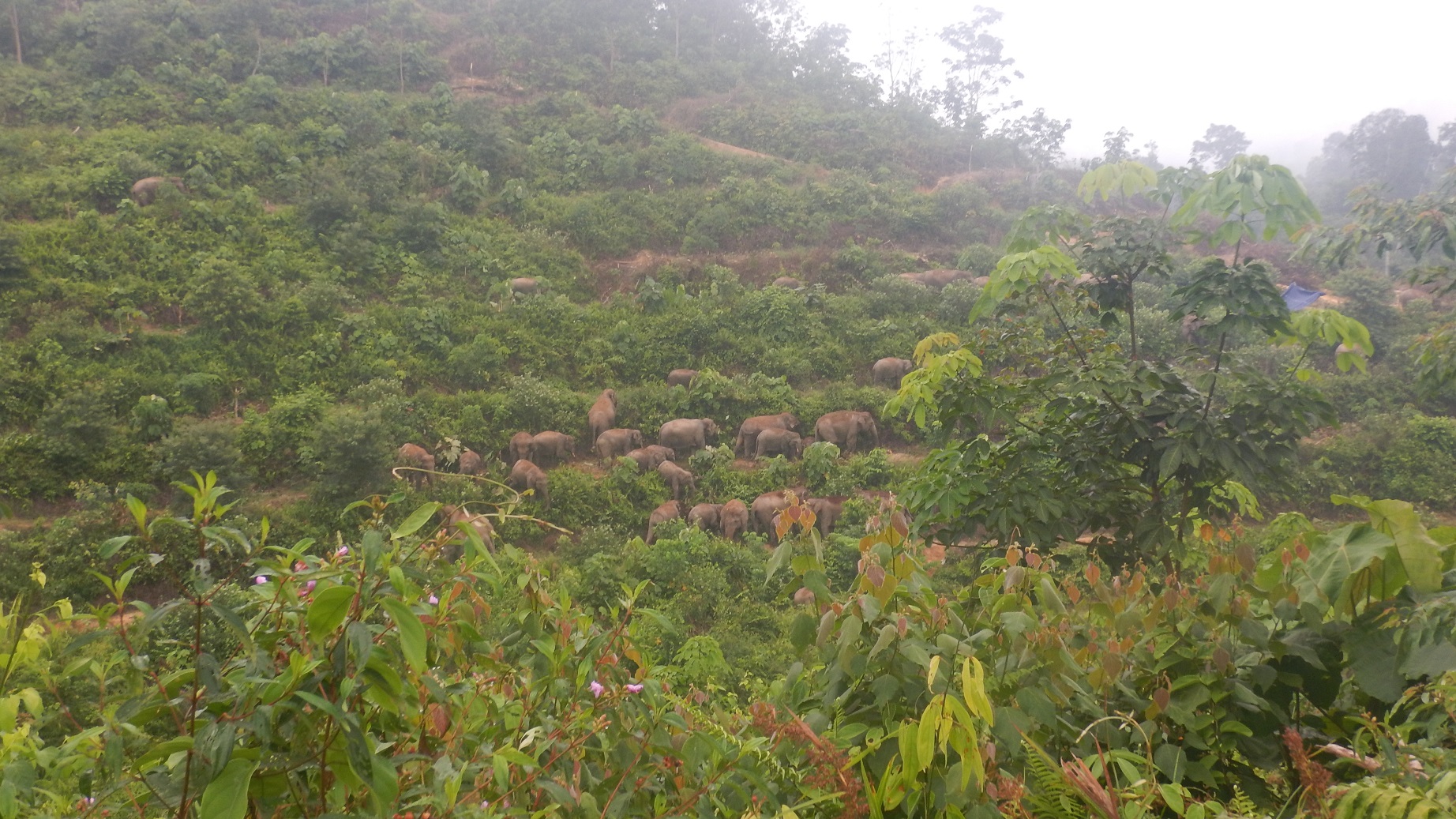