Cinta was first collared in July 2012 and was re-collared in January 2014, August 2015 and July 2019.  Cinta and her herd used to have their core home range in an extended lowland forest patch which directly connects to the southern part of the Bukit Tigapuluh National Park. However, since 2014, Cinta and her family often joined with other female groups in the area, forming a large clan of more than 60 elephants. For several years it looked like that she had entirely switched her home range to the southern parts of the landscape, joining with Anna and Ginting most of the time.

Cinta represents one of the female herds that almost occupied the entire range of the Ecosystem Essential Area (EEA) for elephants with a home range that expands to 2,988 km². Over the last few months, Cinta started her roaming in the very west of the EEA (PT ABT Block 2) down to the very eastern boundaries at the Bukit Tigapuluh National Park. Occasionally she joined with the other cows Freda, Mutiara, and Ginting.

In January 2021, an enormous amount of accessible food sources along the rivers in the LAJ Wildlife Conservation Area (WCA) and this was the obvious reason for such a large elephant gathering. Human-elephant conflicts are a constant threat in the WCA and thankfully Cinta’s group moved back to the southern border of the Bukit Tigapuluh National Park.

Thank you to our Cinta adopters for helping to keep her safe and protected in the Bukit Tigapuluh ecosystem. 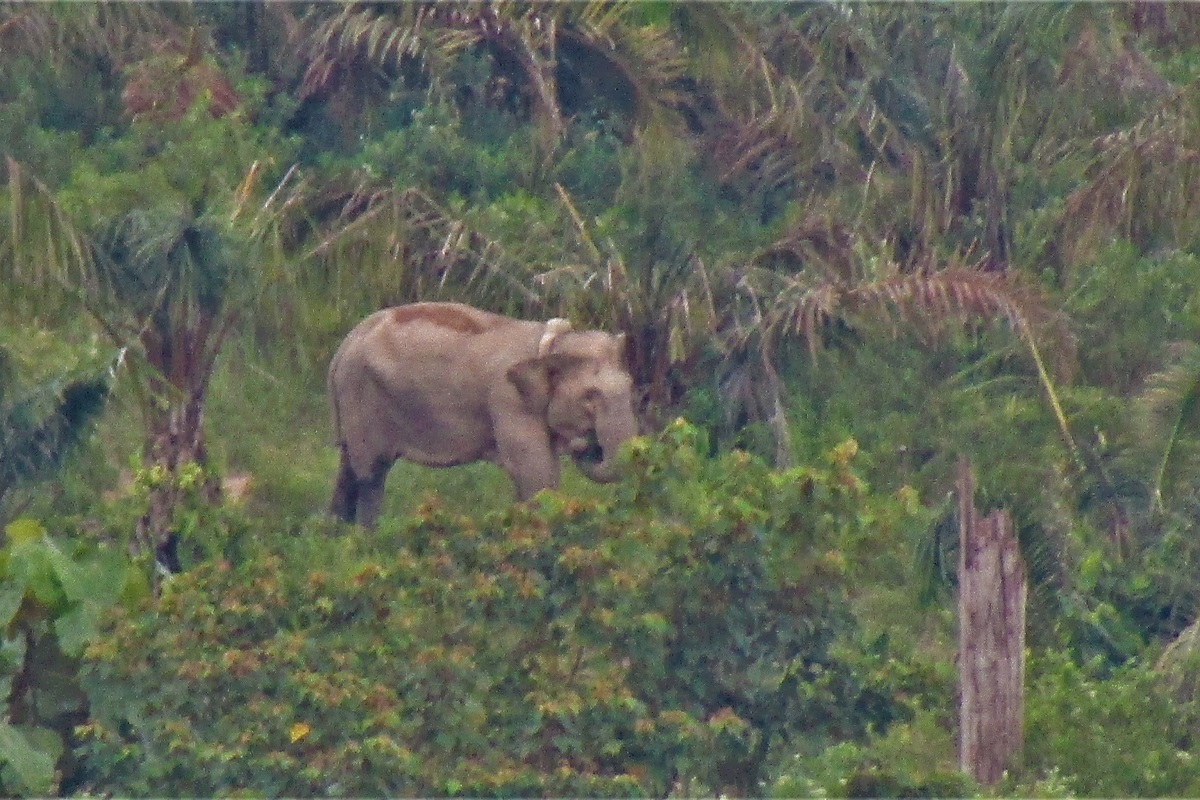