Cinta was first collared in July 2012 and was re-collared in January 2014, August 2015 and July 2019.  Cinta and her herd used to have their core home range in an extended lowland forest patch which directly connects to the southern part of the Bukit Tigapuluh National Park.

However, since 2014, Cinta and her family often joined with other female groups in the area, forming a large clan of more than 60 elephants. For several years it looked like that she had entirely switched her home range to the southern parts of the landscape, joining with Anna and Ginting most of the time.

Cinta’s home range covers an area that is larger than 700km2. In April 2020, Cinta was still congregating with the other elephant cows Freda, Mutiara and Indah at the western boundaries of PT ABT’s Ecosystem Restoration Concession (ERC). In May she started to travel along the southern boundaries of the PT ABT’s concession accompanied by Freda. This area is notorious for its many illegal small holder fields. In order to mediate potential conflicts with people, our rangers were frequently deployed to ensure that farmers and elephants were not harmed. On a positive note, Cinta did not attempt to cross the industrial road to the south and she stayed within the area promoted as an Essential Ecosystem for Elephants (EEE). However, in August, Cinta moved on to the southern boundaries of the Bukit Tigapuluh National Park, where new illegal fields have recently been established. This temptation was hard to resist and Cinta’s herd along with the young sub-adult bull elephant named Nikolas, inflicted some damage to the freshly converted area.

Interestingly, one of the areas that Cinta and her herd have recently been exploring is considered suitable elephant habitat, and it has very rarely been visited by elephants during the last decade. Our conflict mitigation teams are now focussing on human-elephant conflict training in that area to prepare farmers to accommodate their ‘new neighbours’. If the mediation process works well, the area could become valuable habitat for the Critically Endangered Sumatran elephants in the Bukit Tigapuluh Ecosystem. 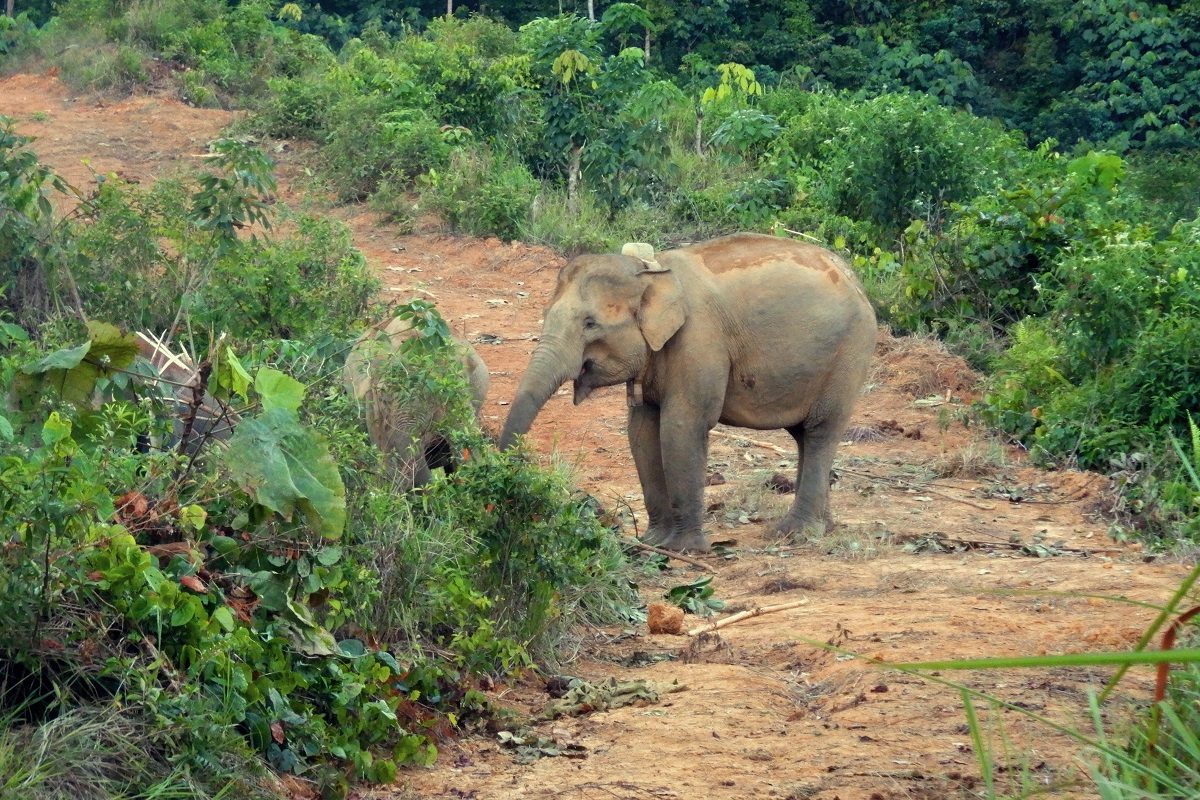 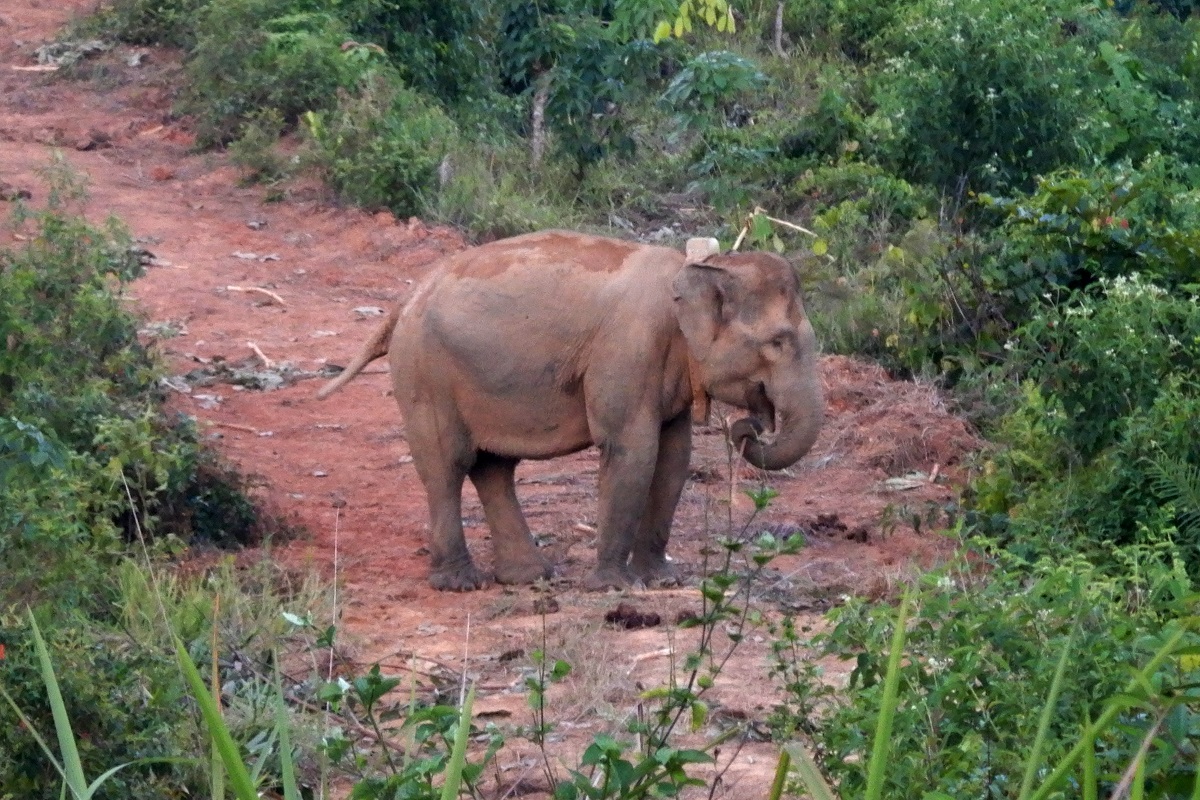 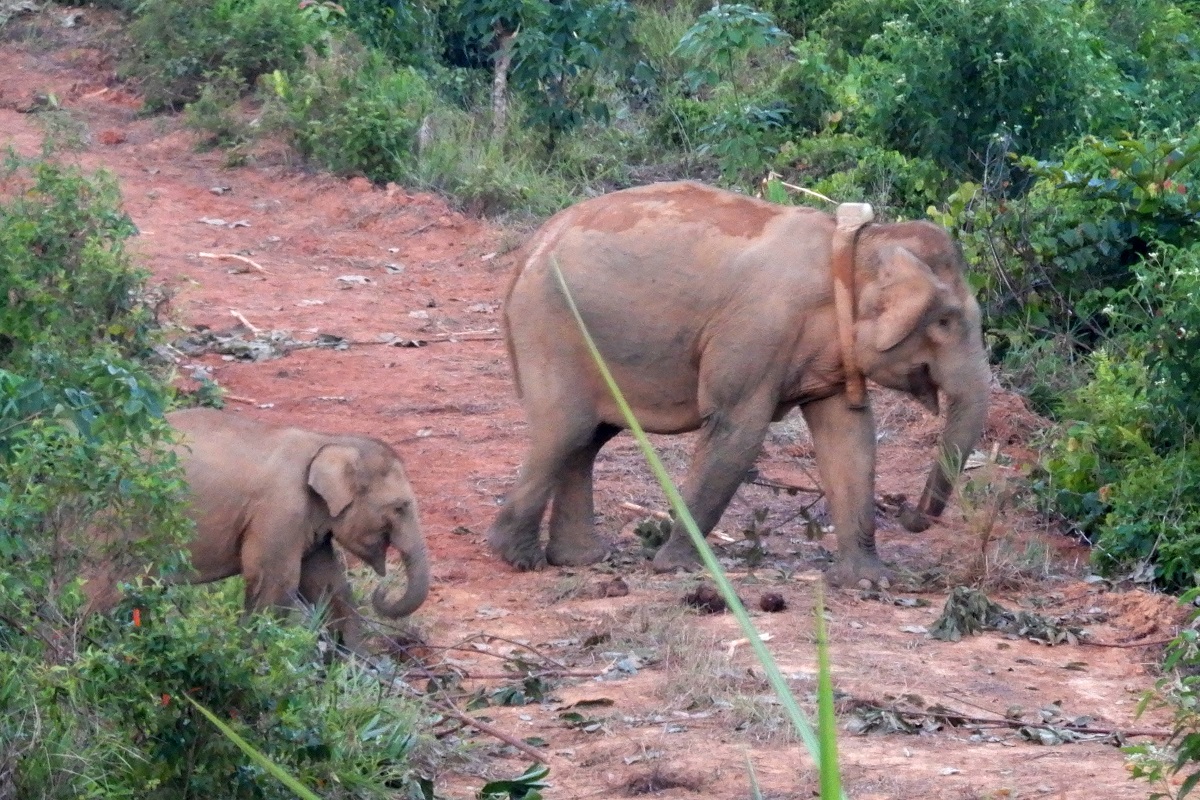