In excellent news, Cinta and her family have moved northwards  with Anna and Ginting’s herds, into the direction of the Bukit Tigapuluh National Park. The herds were trapped for many months between village fields and a rubber plantation and intense conflicts were the consequence. Only after the rubber company stopped for a few days to block the old elephant routes along the rivers could the elephants pass through – which they immediately did.

Profile & Background: Cinta was first collared in July 2012 and was re-collared in January 2014 in order to replace the already quite battered old collar. This second collar was replaced in August 2015. Her current GPS collar is still active however it will run out of battery power soon. Two attempts to exchange her collar failed due to various reasons. A third attempt to exchange Cinta’s collar has not been able to be implemented yet due to schedule overlaps of external key personnel including the veterinarian and darting sniper with other activities.  Currently, Cinta’s collar is set to an interval of eight hours to preserve the batteries until a follow up collaring session can be organized.

Cinta and her herd used to have their core home range in an extended lowland forest patch which directly connects to the southern part of the Bukit Tigapuluh National Park. However, since 2014, Cinta and her family often joined with other female groups in the area, forming a large clan of more than 60 elephants. For several years it looked like that she had entirely switched her home range to the southern parts of the landscape, joining with Anna and Ginting most of the time. However, since May 2018, Cinta is up north again, roaming through her ‘old’, and much safer home range. 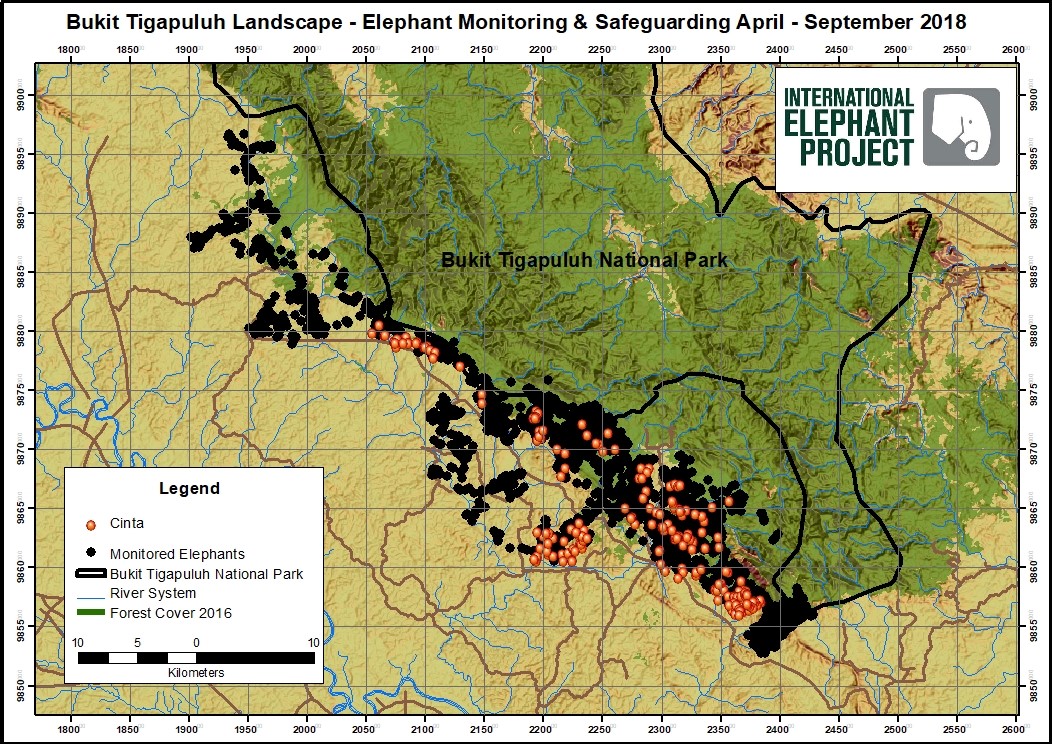 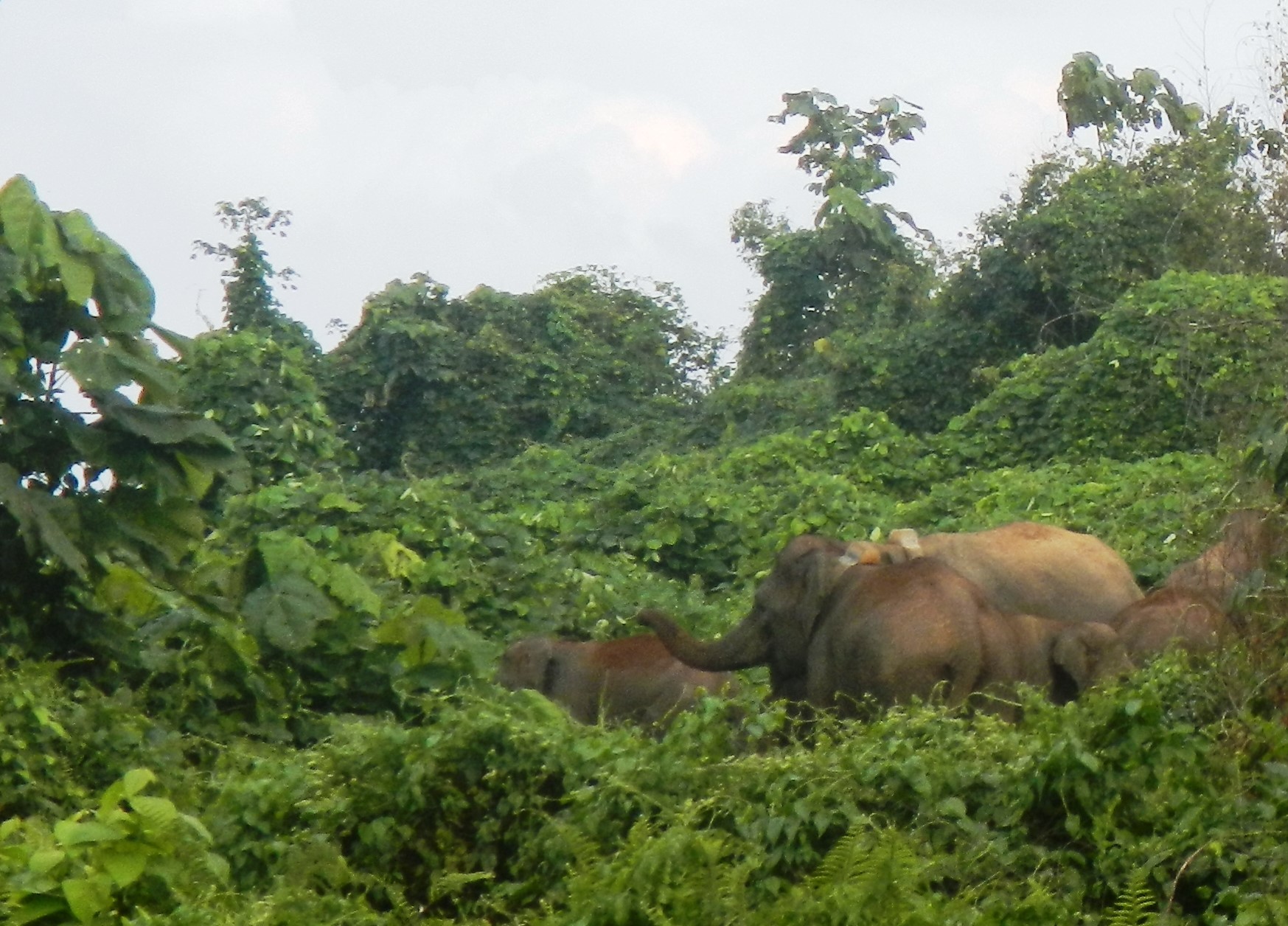 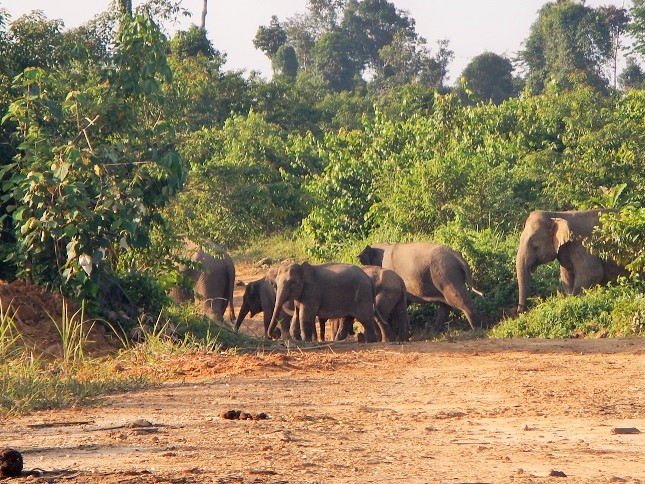