Ginting and her family are safe but continue to roam within conflict prone areas! As in the previous monitoring period, Ginting spent most of her time with Anna, and to a lesser extent, with Cinta. All three family groups often joined to form a large clan of over 60 elephants.

There are plenty of calves and sub-adults this clan, and a relatively large number of young bulls. This indicates that the time and effort by the Elephant Conservation and Monitoring Units in protecting the bulls from poaching is paying off. It also increases the hope of restoring a balanced sex ratio in Bukit Tigapuluh which is important for healthy population growth.

Ginting received a brand new collar in March 2018. Her old collar was still working, however it was already heavily worn down which isn’t surprising after more than two years of jungle trekking. Ginting’s health was checked by experienced Veterinarian Dr. Arman Sayuti and our team. Ginting is in excellent physical condition and rough field measurements estimated her to weigh two tonnes and have a shoulder height of 2.14m. The collaring session proved a bit more difficult than usual due to the presence of her four-year old son Chrisna. The team had to be very wary of him and keep him at a distance because he was protective of his mum. Everyone was very happy once the collar was attached and Ginting and Chrisna rejoined their herd! 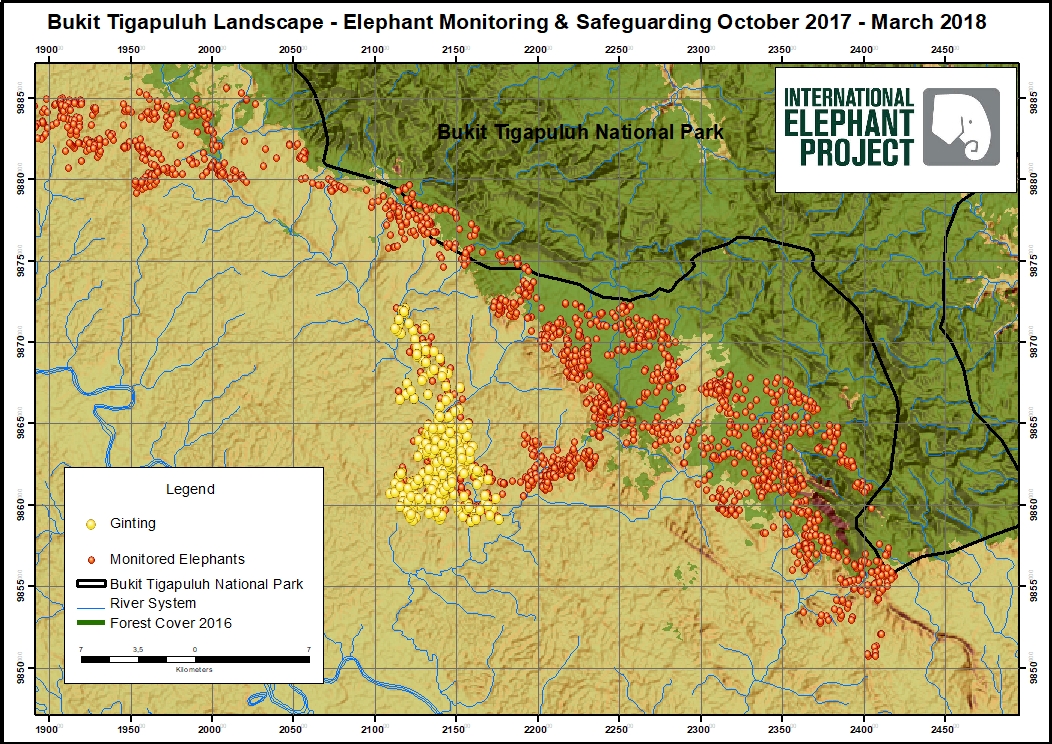 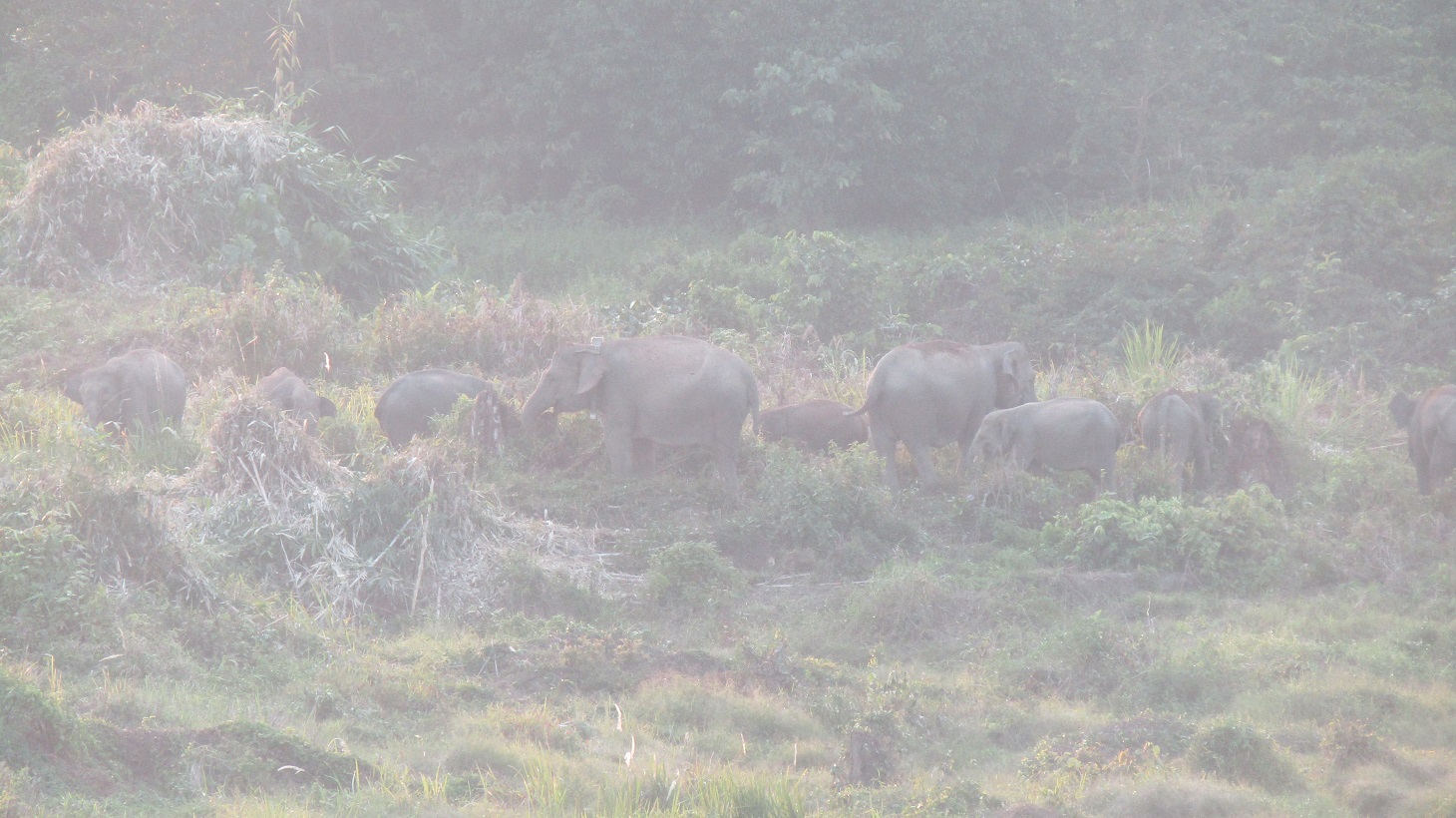 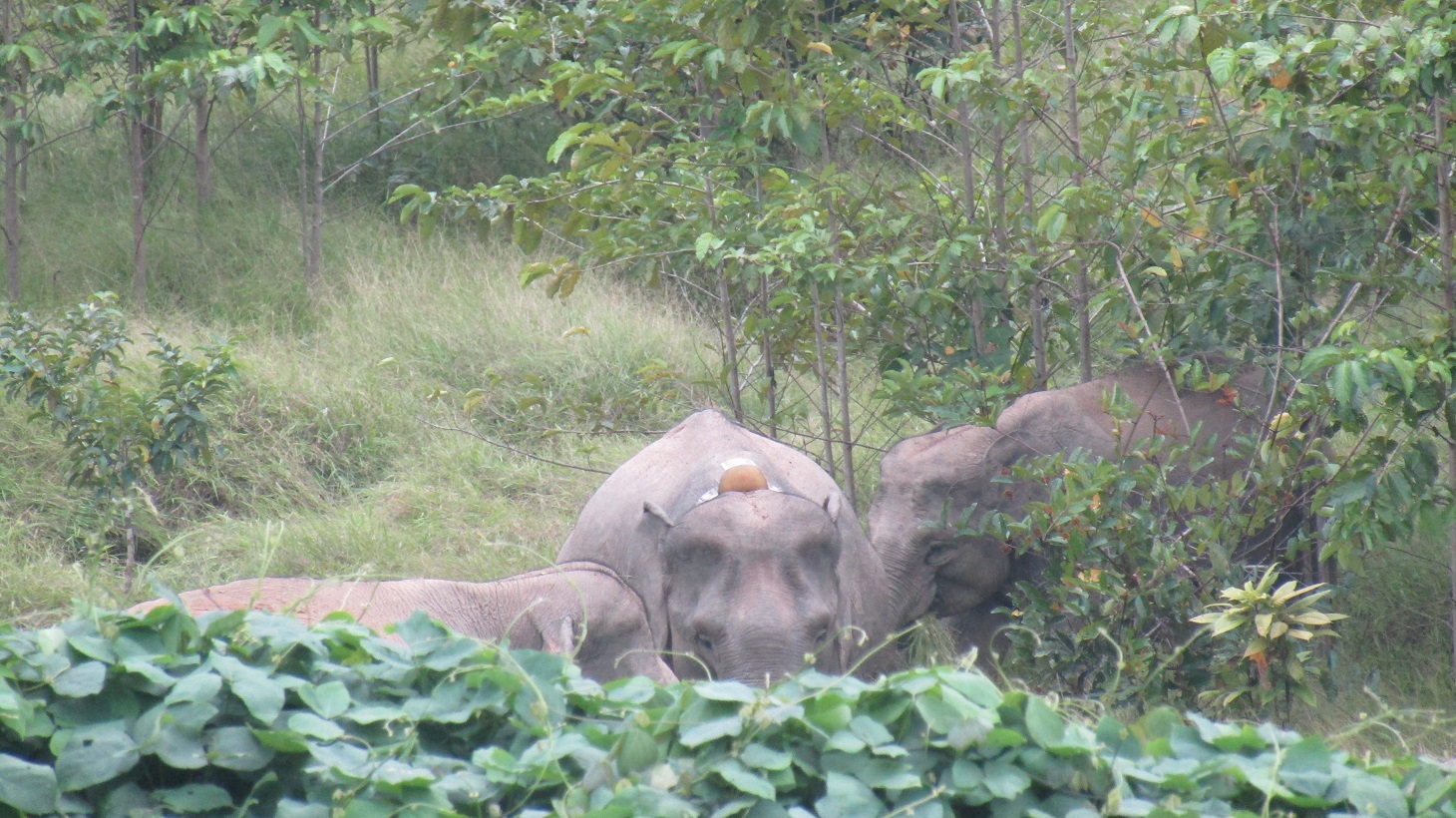