Estimated to have been born in 2013, Dor Khoun Meuang, born from a captive mother and wild father, is very playful and loves attention from his adopted herd. He makes a distinctive squeaking sound and has striking, wild eyes. Along with his new herd, he was released by the Elephant Conservation Center in Laos in March 2019 and is closely monitored to ensure his wellbeing and safety. Initially a three-month experiment, the herd of Dor Khoun Meuang and three adult females have been roaming free in Nam Pouy National Protected Area for over two years, becoming wilder with each passing day.

For the past six months, Dor Khoun Meuang has been roaming free in the south-west of Nam Pouy NPA, and any stress he had, has been passed to the ECC release team, who have been observing him get extremely close to the Thai border. Across the border in Thailand is another protected area ‘Doi Phu Ka National Park’ and it is natural for wild elephants to border-hop back and forth between these two forests. Fortunately for Dor Khoun Meuang he is unaware of politics and national borders don’t scare him. The same cannot be said for the release team, who are not so thrilled about potentially having to explain to patrolling military teams from either country that they are ‘just looking for their elephants’.

Dor Khoun Meuang is also getting braver as the months turn into years as a released, nearly-wild elephant and he can often be found ‘displaying’ (thrashing around in an attempt to seem dominant) when mahouts approach. You can see him displaying in this video. He can also be found attempting to mount his aunties while playing and although he hasn’t quite got the hang of it yet, it is a great sign of things to come! 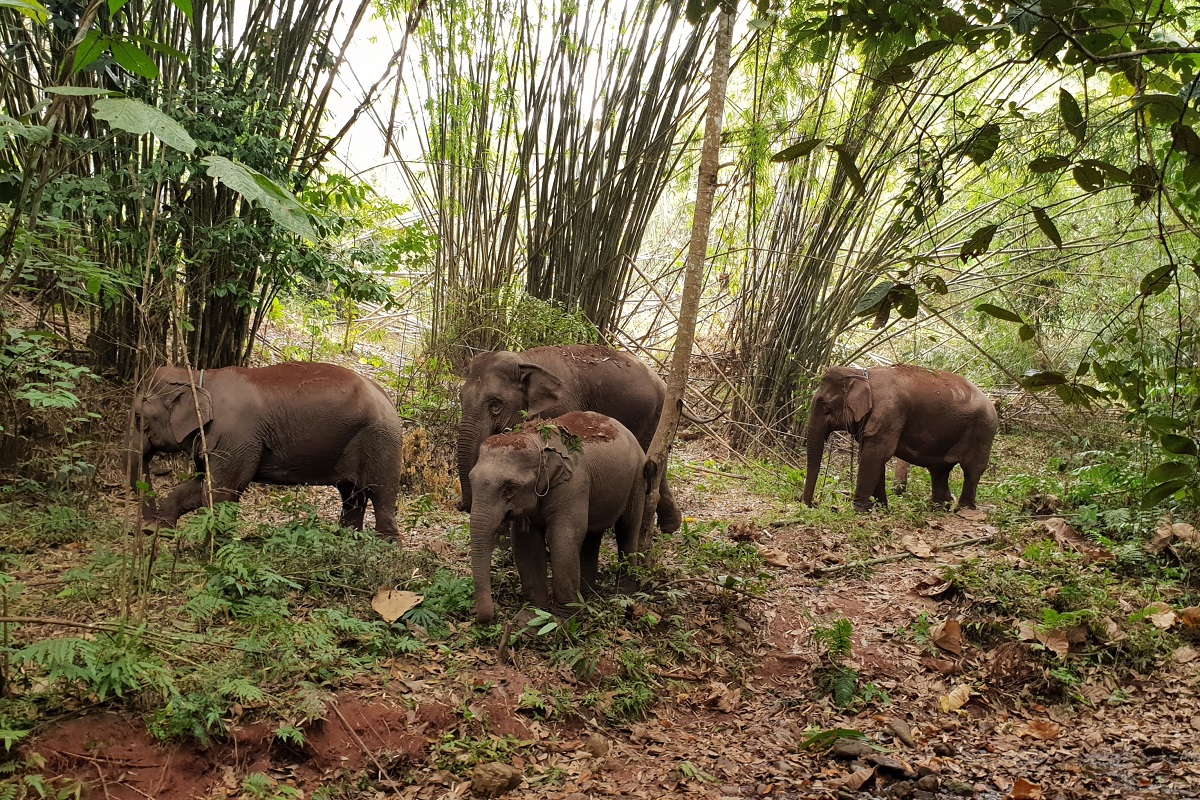 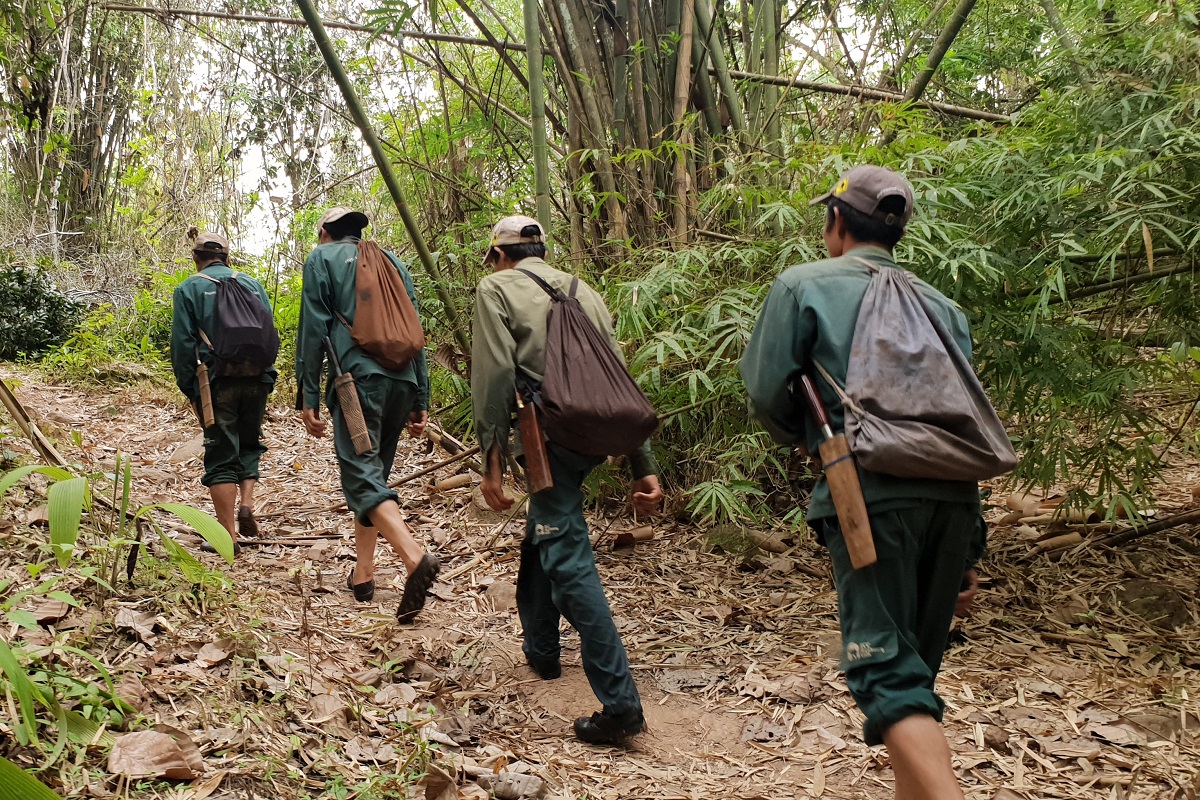 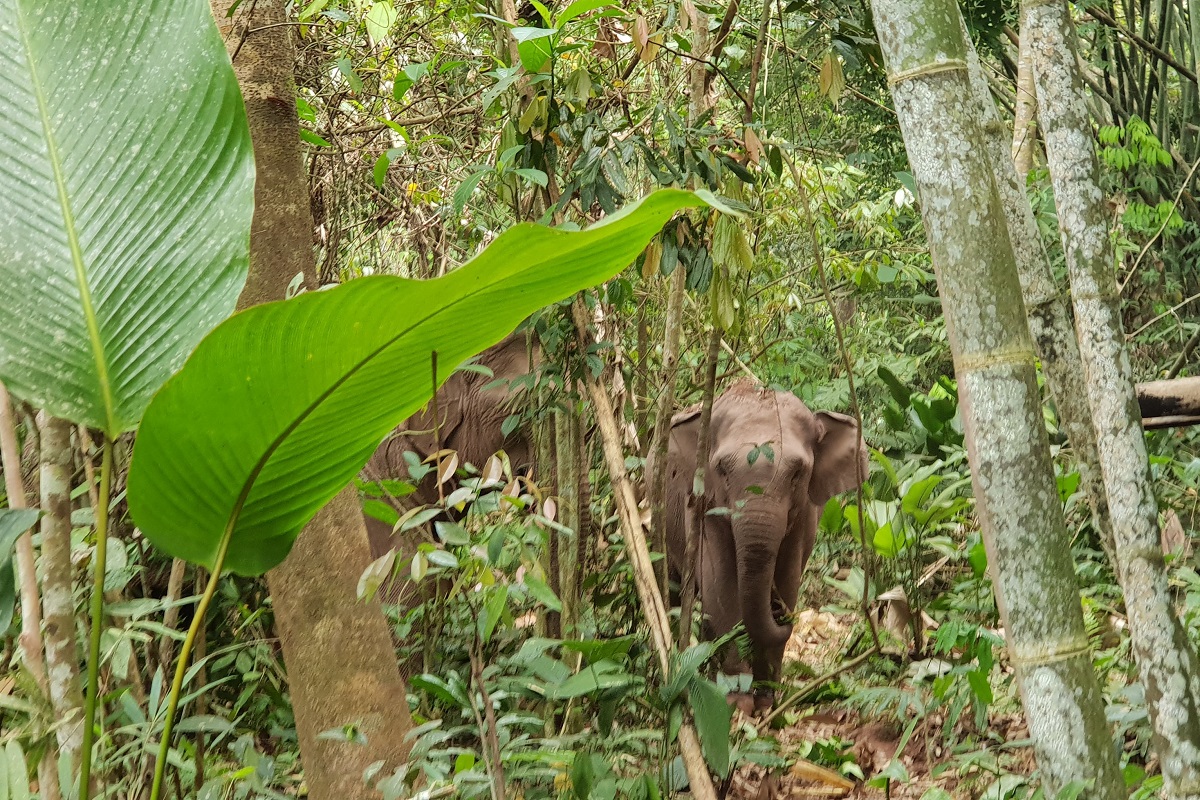 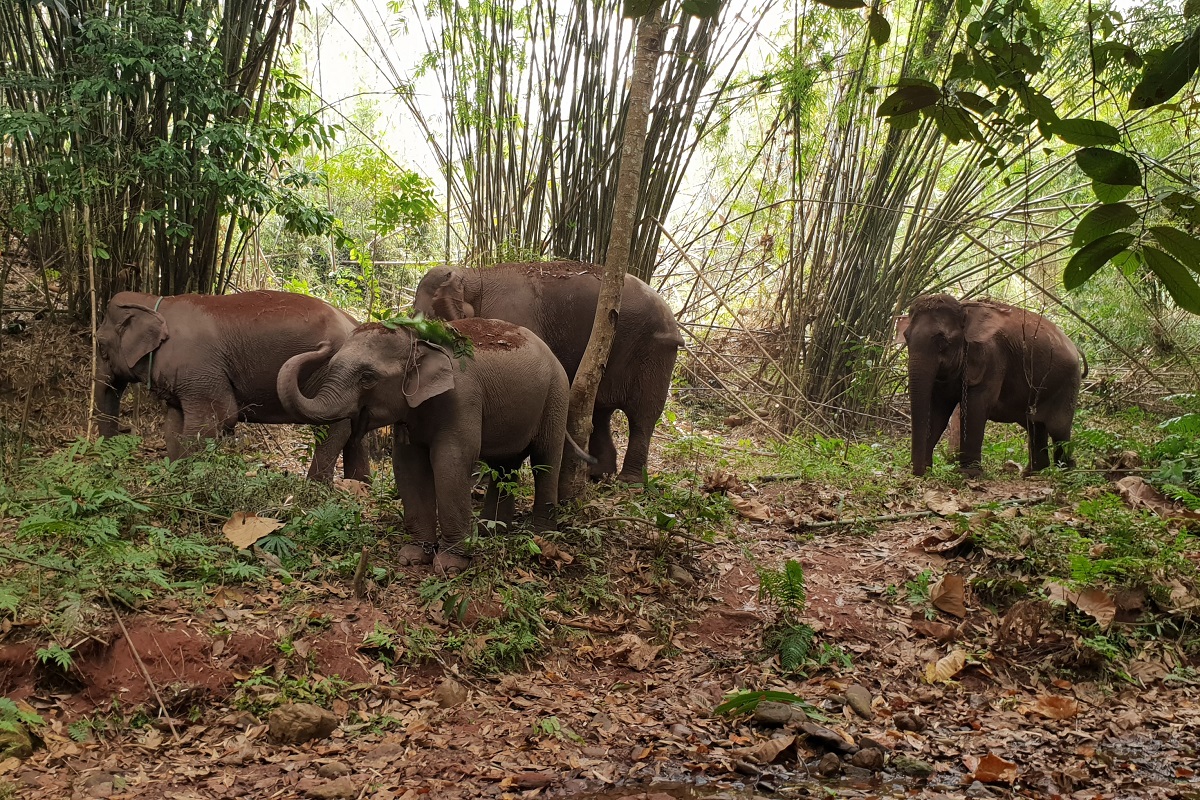 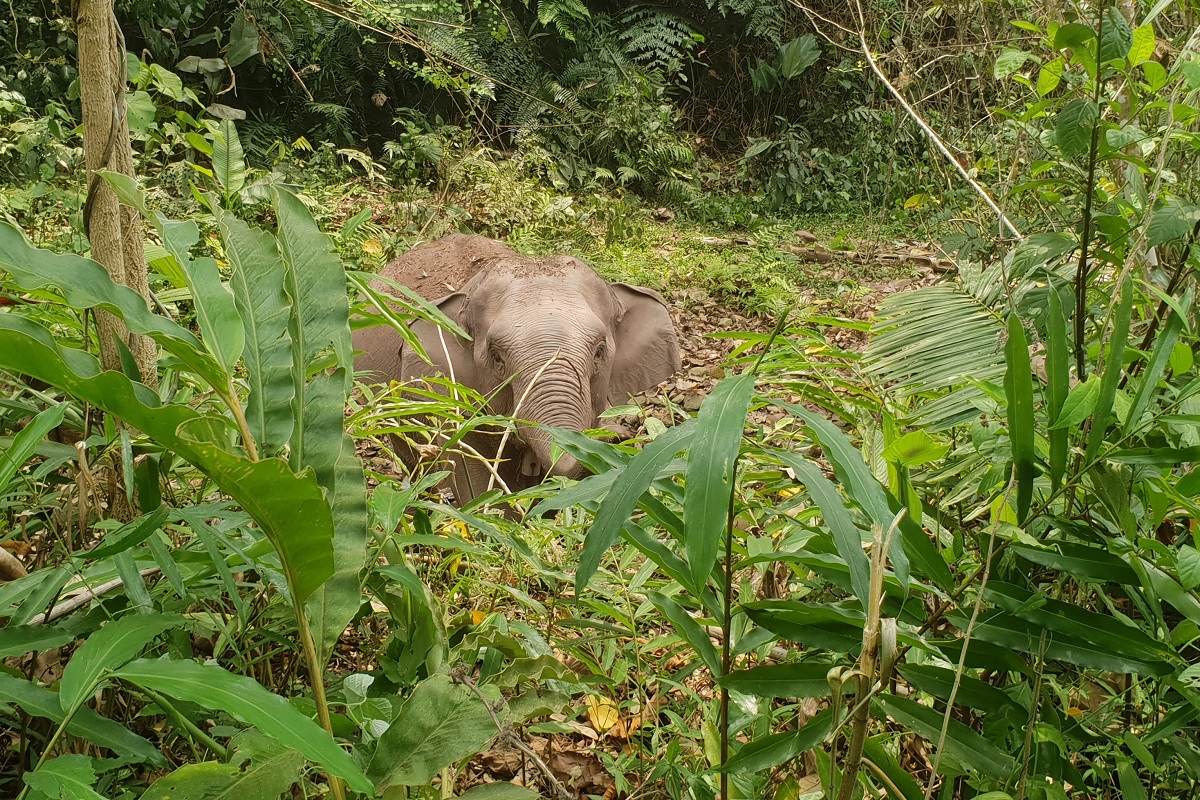